Sabine Baring-Gould (1834 – 1924) is arguably best known for The Book of Were-Wolves (1865), although his most widely known work is probably the hymn Onward, Christian Soldiers, written in the same year. At the time he was Curate of Horbury in the West Riding of Yorkshire. As well as being a reknowned folklorist, particularly as a collector of folk songs, and lyricist, he was an antiquarian, a hagiographer and biographer, a poet, and a novelist.

Baring-Gould was born in St Sidwell, Devon on 28th January 1834 into an aristocratic family, being heir to the manor of Lew Trenchard. In 1868, at the age of 34 he married Grace Taylor, a mill girl 18 years his junior, in a small private ceremony in Wakefield.

In 1871 the couple left Yorkshire for Essex, where Baring-Gould served as Rector of East Mersea for ten years. Having inherited the family estates on the death of his father in 1872, when the living of the parish of Lew Trenchard became vacant in 1881 he appointed himself as Rector. He remained in Devon until his death on 2nd January 1924, and was buried alongside Grace, his wife of 48 years who died eight years earlier. 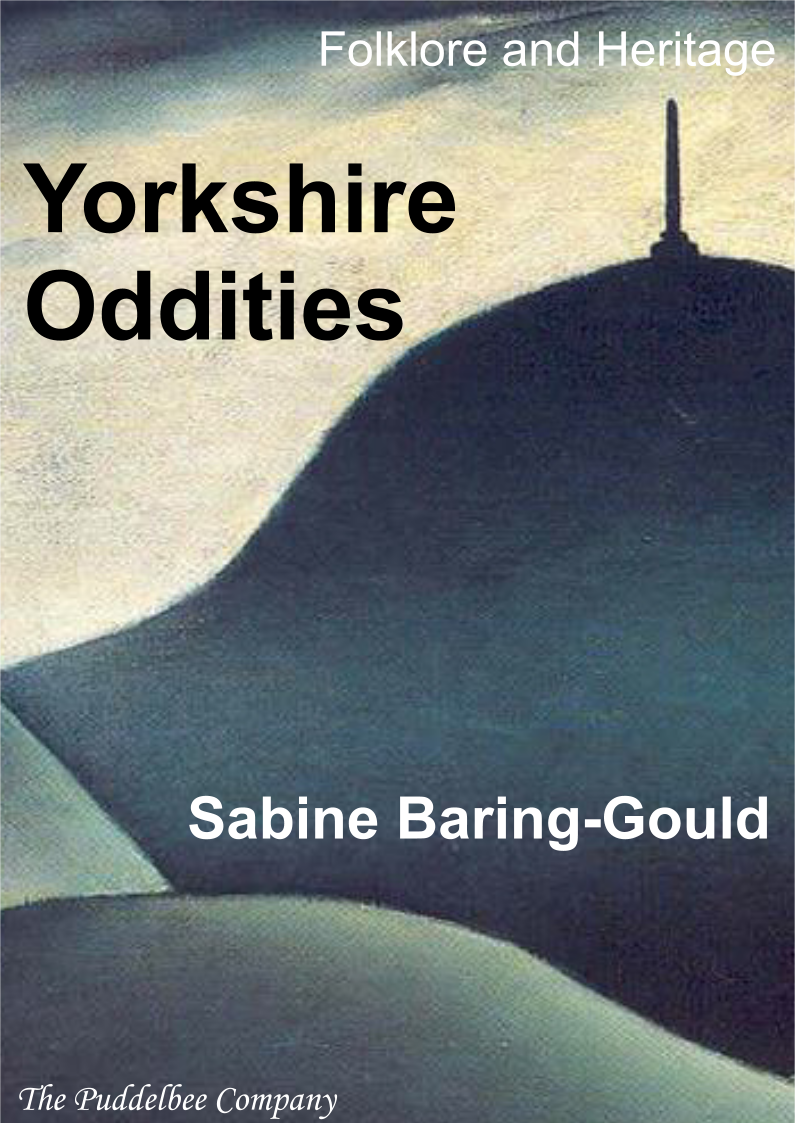 Yorkshire Oddities, Incidents and Strange Events, was first published in 1874 shortly after Baring-Gould left Yorkshire, but when he was already an established author. The Yorkshire Oddities are eccentric and remarkable characters associated with England’s greatest county. Many of the Oddities were well-known at the time, and include John Wroe (founder of the Christian Israelite Church, James Nayler, a founding Quaker tried and branded for blasphemy, and Jonathan Martin whose claim to notoriety was the almost total destruction of York Minster by fire in 1829. Less well-known Oddities, such as the Yorkshire Butcher, David Turton and Old John Mealy-Face, all lived in his corner of the West Riding, where Baring-Gould collected his own source material, often directly from original sources. The only strange event reported is the entirely fictional The Boggart of Helen-Pot, an original ghost story incorporating local folklore and factual descriptions of the landscape around the Three Peaks.

This edition of Yorkshire Oddities is adapted from the fifth edition published in 1900, which is in the public domain. It is not intended as, and should not be treated as, an academic text. It does not include the author’s original footnotes or other references to his source material. Where appropriate the spelling has been modernised (British English), particularly the substitution of &. with etc. For ease of reading, minor changes (which do not affect the flow of the text) have been made to update the grammar.

To the best of my knowledge all rights to the content of works published in the the Folklore and Heritage edition of Yorkshire Oddities, including illustrations, resides in the public domain in all territories. Ownership to the particular layout and design of a specific publication is claimed by the publisher. Fair use, including non-commercial distribution and reproduction of the publication in electronic and printed form, is allowed with attribution to “The Puddelbee Company” as the source.