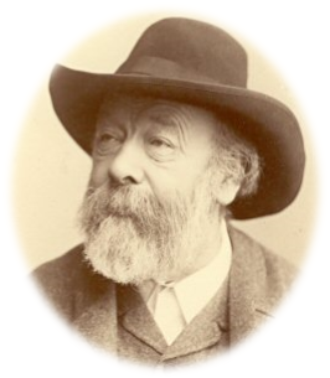 The Zingerle Brothers, Ignaz Vicenz (1825 – 1892) and Josef (1831 – 1891), were born in the Tyrolean capital Meran (now Merano, in Italy). In 1852, when he edited and published Kinder- und Hausmärchen aus Tirol Ignaz Zingerle was a grammar school teacher in Innsbruck, and co-editor of the literary magazine Phönix. Previously, in 1850, he had published a collection of legends, Sagen aus Tirol, and afterwards, in 1854, a second collection with his brother credited as co-editor, Kinder und Hausmärchen aus Süddeutschland. In 1856 he obtained his doctorate from the University of Tubingen. In 1858 he became director of the library at the University of Innsbruck, and in 1859 its first professor of German Language and Literature.

In 1852 Josef Zingerle completed his studies at the University of Innsbruck and, after working for two years teaching Greek and German in Meran, studied Theology in Tubingen. He was ordained in 1858, and afterwards moved to Vienna, where in 1859 he became professor of Old Testament Studies. He was appointed as a Synodal Examiner in 1866, and in 1876 returned to the Tyrol as Canon of the Cathedral of Saint Vigilius in Trent (now Trento, in Italy).

The German edition of Kinder- und Hausmärchen is adapted from the revised second edition published in 1870. It is not intended as, and should not be treated as, an academic text. The footnotes are from the original edition and were written by Ignaz Vincenz Zingerle. Where appropriate the spelling has been modernised (2006 Rechtschreibreform), but no changes have been made to the syntax or vocabulary of the various dialects used.

The English edition of Tyrolean Tales is adapted from the the revised second edition of Kinder- und Hausmärchen edited by Ignaz Vincenz Zingerle published in 1870. The text is a relatively free translation which is not intended as, and should not be treated as, an academic text. In general there have been no changes to the themes and context of the tales, but where appropriate some motifs have been slightly altered to make them more accessible to modern English speaking readers.

To the best of my knowledge all rights to the content of works published in the the Folklore and Heritage edition of Kinder- und Hausmärchen aus Tirol, including illustrations, resides in the public domain in all territories. Ownership to the particular layout and design of a specific publication is claimed by the publisher. Copyright of the English language text, including its title Tyrolean Tales remains with the author. Fair use, including non-commercial distribution and reproduction of the publication in electronic and printed form, is allowed with attribution to “The Puddelbee Company” as the source.