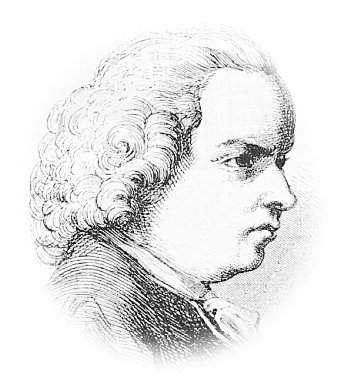 Oliver Goldsmith, the “inspired idiot” according to Horace Walpole, is best known for the play She Stoops to Conquer (1773), the narrative poem The Deserted Village (1770), and the partly autobiographical novel The Vicar of Wakefield (1766). It was the purchase and publication of the latter manuscript, arranged by Samuel Johnson when Goldsmith was facing eviction, which ultimately ensured his contemporary and lasting fame.

Goldsmith was born on 10th November 1728 into an Anglo-Irish ecclesiastical family. His father was a curate, and later rector, in Meath and his maternal grandfather was vicar and schoolmaster in neighbouring Connacht. In 1744 he attended Trinity College Dublin, but was expelled in 1747 for attempting raid on the Marshalsea debtors’ prison in Dublin. He finally graduated in 1749 with an unqualified general Bachelor of Arts. From 1752-1755 Goldsmith studied Medicine in Edinburgh, but did not graduate. It has been suggested that his own misdiagnosis of a kidney infection may have contributed to his premature death on 4th April 1774.

In 1756 Goldsmith settled in London, where he initially had a very varied career before becoming a prolific Grub Street hack. In February 1764 Joshua Reynolds founded The Club, with Goldsmith as a founding member alongside Samuel Johnson and Edmund Burke. In the same year he gained recognition under his own name with the publication of the poem The Traveller, dedicated to his brother Henry, a poor Curate in Ireland. 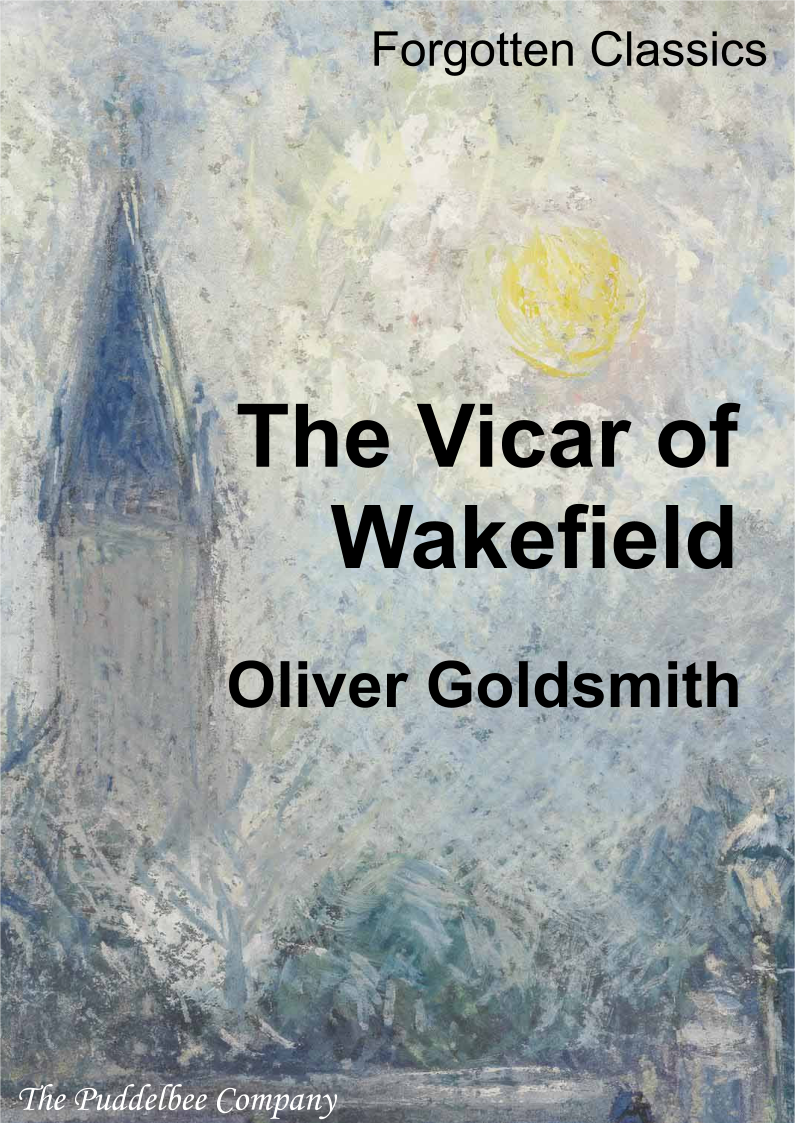 The Vicar of Wakefield is not so much a “forgotten” classic, but rather a much neglected one. Like most of Goldsmith’s works, in the 21st century most people in the English speaking world have heard of it, but how many have actually read it? Unlike other novels of the period, it has never been adapted for English language film or television. It is often dismissed by critics as a sentimental novel, but can also be interpreted as a cynical, almost sarcastic, satire or parody of the genre. It’s narrator and protagonist, Charles Primrose, who is only the Vicar of Wakefield for the first chapter, is well-meaning but highly opinionated and self-satisfied. He is also naïve and blind to the reality around him, which leads him and his family, into ever greater moral and physical danger.

This edition of The Vicar of Wakefield is adapted from various editions in the public domain. It is not intended as, and should not be treated as, an academic text. Where appropriate the spelling and grammar have been modernised (British English).

To the best of my knowledge all rights to the content of works published in the Forgotten Classics edition of The Vicar of Wakefield, including illustrations, resides in the public domain in all territories. Ownership to the particular layout and design of a specific publication is claimed by the publisher. Fair use, including non-commercial distribution and reproduction of the publication in electronic and printed form, is allowed with attribution to “The Puddelbee Company” as the source.