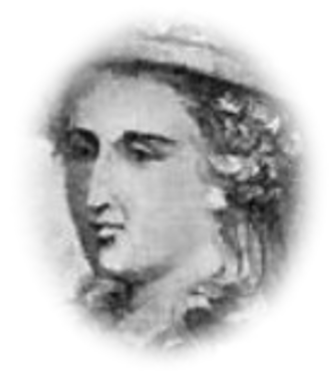 Ann Radcliffe (1764 -1823) was arguably the most famous, but certainly the bestselling novelist of the late 18th and early 19th centuries. She was always a very private person with little or no public persona, particularly after publishing her fifth novel in 1797. A sixth novel, Gaston de Blondeville, was edited and published posthumously in 1826. Her husband, William Radcliffe, erstwhile owner and editor of the English Chronicle, provided very little information on her life, and there are no definitive portraits of the infamous “Mrs Radcliffe”.

Radcliffe never visited the locations for which she beautifully describes their emotional effect on her protagonists. Her inspiration was the paintings of Barouque artists such as Claud Lorrain and Salvator Rosa. Only with the financial security afforded as successful novelist, was she able to travel to Holland and Germany with her husband and dog.

Radcliffe’s romances are more psychological than the Gothic Horror stories they inspired, focussing on the emotion of terror. Not only are her female characters presented as their own agents, equal to men, but the supernatural elements are often eventually given a prosaic explanation. This was often seen as disappointing by 19th century critics, and was parodied to great effect by other writers including Jane Austen. 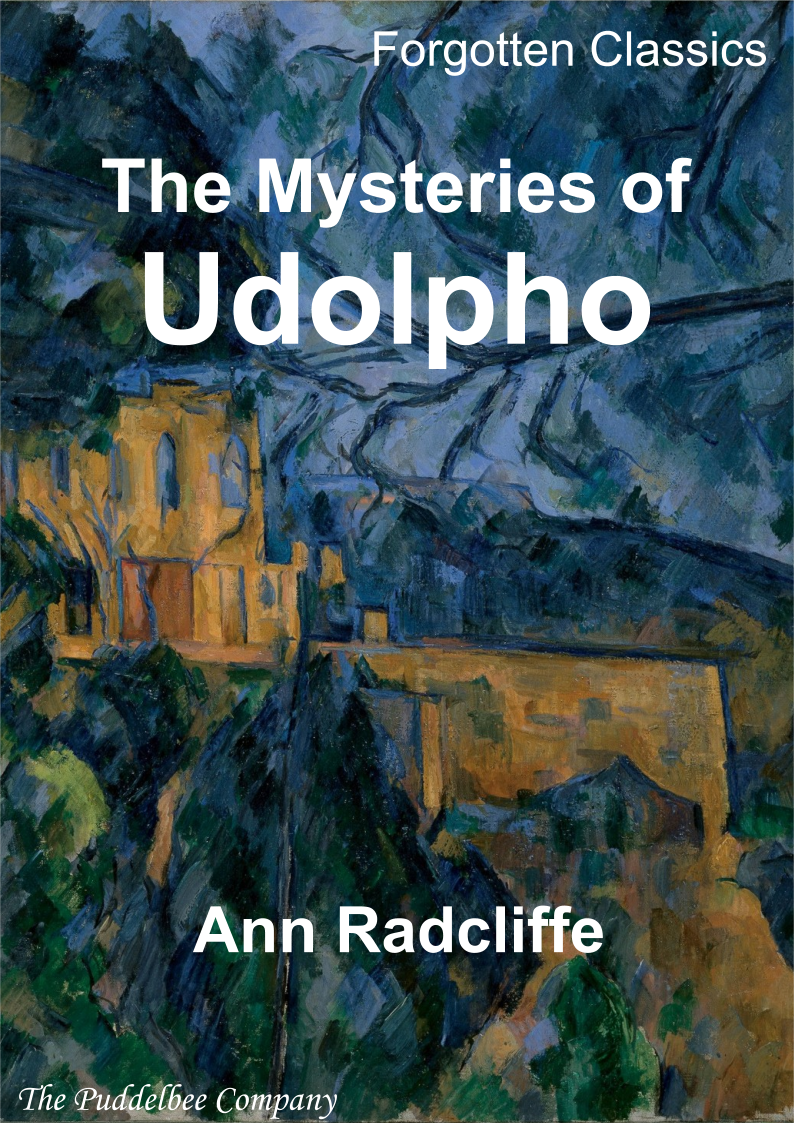 The Mysteries of Udolpho was Ann Radcliffe’s fourth and most popular novel, which remains famous today through references in other works, but is sadly no longer widely read. It also had probably the greatest influence throughout the 19th century, and indirectly into the 20th century, on writers in the horror, mystery and romantic genres. The novel, set in the reign of Henri III tells, in 4 volumes, the adventures of a young French woman, Emily St. Aubert, and the apparently supernatural terrors she encounters in Castle Udolpho — after being imprisoned there by her aunt and an Italian gangster, after the death of her father. The justification of the imprisonment was a romantic entanglement with a handsome young gentleman.

This edition of The Mysteries of Udolpho is adapted from various texts in the public domain. It is not intended as, and should not be treated as, an academic text. There are no footnotes or references, and no commentary. Where appropriate the spelling has been modernised (British English).

To the best of my knowledge all rights to the content of works published in the Forgotten Classics edition of TA Journey from This World to the Next, including illustrations, resides in the public domain in all territories. Ownership to the particular layout and design of a specific publication is claimed by the publisher. Fair use, including non-commercial distribution and reproduction of the publication in electronic and printed form, is allowed with attribution to “The Puddelbee Company” as the source.