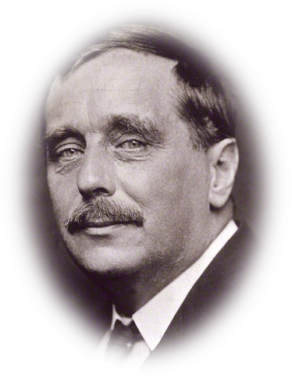 Herbert George Wells is well-known as a futurist who is famous for his grand Science Fiction and wide reaching social commentary. Wells was born in 21st September 1866 in Bromley, Kent. His parents Joseph and Sarah kept a shop selling chinaware and — because Joseph was also a professional cricketer — sporting goods. Between 1880 and 1883 Wells was alternately in education (working as a pupil-teacher) and apprenticed in various trades.

In 1884, Wells obtained a scholarship to the Normal School of Science, whose Dean was T.H. Huxley. In 1887, he founded the Science Schools Journal, later renamed The Phoenix. His notable works published in the Journal include the time travel novella “The Chronic Argonauts” and the macabre poem “The Lay of the Sausage Machine”.

Failing his final examination, Wells again became a teacher, and in 1890 finally graduated with a 1st in Zoology and a 2nd in Geology. He contributed to the Educational Times and the Fortnightly Review, and wrote his “Textbook of Biology”. By 1893 ill health had forced him give up teaching, and he became reliant on the power of his pen, submitting short stories and reviews to the Pall Mall Gazette and the Saturday Review. “The Time Machine” was serialised in The New Review in 1895, published as a novel later the same year, and the future became history. 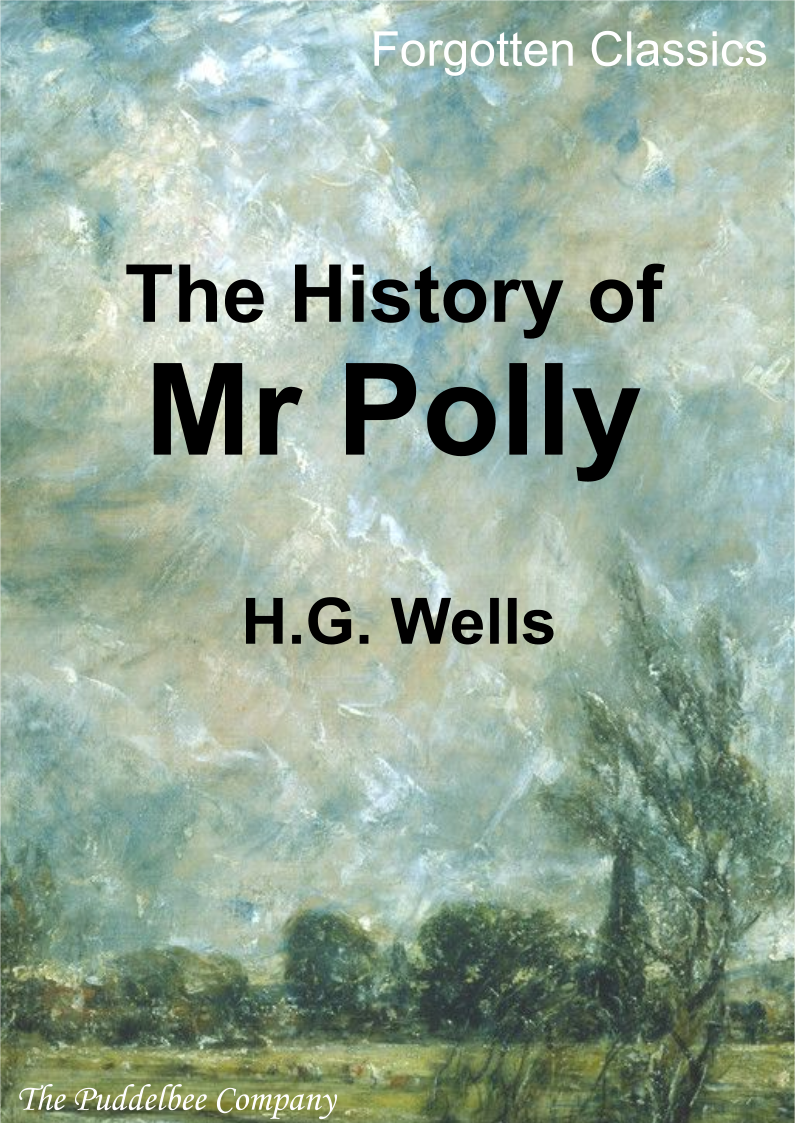 Mr. Polly is the owner of a draper’s shop in a rural town at the turn of the 20th century. Like Wells’ other shopkeeping protagonist, Arthur Kipps, Mr. Polly is also a simple soul, but unlike Kipps does not think of himself as such. Whereas Kipps is broadly optimistic, Alfred Polly is already browbeaten and disenchanted from an early age. The reader first meets him in an idyllic English landscape — suffering from a failing business, a frustrated marriage, and dyspepsia.

The History of Mr. Polly then relates, in more or less chronological order, how Mr. Polly came to be, how he found himself in this situation, and how he escaped. Wells presents him in a generally sympathetic light, slowly developing an understanding of his feelings and reactions to the “Beastly Silly Wheeze of a Hole” which he finds himself in. By the time Mr. Polly abandons his wife and responsibilities, it seems a forgivable, if not reasonable, course of action. With the further development of his character in his second life, his refusal to intrude on his former life at the end of the book can almost be seen as a noble sacrifice.

This edition of The History of Mr Polly is adapted from the first edition, published in 1910, which is in the public domain. It is not intended as, and should not be treated as, an academic text. Where appropriate the spelling and pronunciation has been modernised (British English).

To the best of my knowledge all rights to the content of works published in the Forgotten Classics edition of The History of Mr Polly, including illustrations, resides in the public domain in all territories. Ownership to the particular layout and design of a specific publication is claimed by the publisher. Fair use, including non-commercial distribution and reproduction of the publication in electronic and printed form, is allowed with attribution to “The Puddelbee Company” as the source.