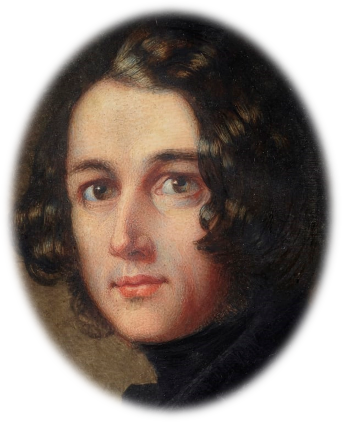 The Ingoldsby Legends or Mirth and Marvels, is a collection of stories and verse, originally published in Bentley’s Miscellany between 1837 and 1845. All the stories are original compositions by the author, but were gathered from traditional tales, anecdotes, historical sources, and contemporary pamphlets and broadsheets. The Ingoldsby Legends, put these into more exciting forms, with emphasis on the humour of sometimes tragic situations, including ballad-like verse which was a popular amongst the readers of the 19th Century magazines, and tales narrated in the vernacular.

Many of the “legends” are related by members of the extended household – family, friends and servants – of Tappington Hall, and are spoken in their own distinctive voices. Thus, we hear not only from the young Tom Ingoldsby and his elder self, but also from the “little Welsh girl” Patty Morgan, Barney Maguire the ex-military Irish manservant, and the Kentish housekeeper Mrs Botherby, as well the erudite Mr Simpkinson and the affable hanger-on Mr Peters. This cast of storytellers is presented in the framework of The Spectre of Tappington, a ghost story with a modern resolution which could have been written a century later. In most collected editions this story, which features a legend associated with the author’s own family home, is presented first as an introduction to the dramatis personae. Other collections start with the Jackdaw of Rheims, which needs no introduction.

The sources for many other stories are explained in a Memoriam published in the 1888 edition, which also suggests the prototype for Mrs Botherby. She was Mary Ann Hughes, a prominent but now relatively unknown figure in literary circles, and grandmother of the author of Tom Brown’s Schooldays. According to her son, she “inherited a family stock of strange tales and legends” and suggested one of these as the theme of the first published story. The Legend of Hamilton Tighe, allegedly occurred in the family of poet laureate Henry James Pye, and the may have originally been related by the poet’s uncle Admiral Thomas Pye. The date and description of the sea battle, however, suggest a relation to Pye’s first major command, HMS Norfolk and her service in the earlier Spanish War of Succession, four years before he was born. So, it was not the Admiral who murdered his rival by having his head blown off.

Another true story, is the The Dead Drummer, also passed on by Mary Ann Hughes from Sir Walter Scott, but which was also published in a pamphlet at the time. Jarvis Matchan was hanged on 2nd August 1786 for the murder of Benjamin Jones six years earlier. Jones was Drummer in the 48th Regiment of Foot, and Matchan did confess after seeing a vison of the dead boy.

Other tales, such as the story Grey Dolphin and the comic poem The Ghost are, still, well known Kentish folk tales, but have been adapted to fit the author’s narrative. He doesn’t need to say where the cobbler Nicholas Mason stuck his awl, but it is clear that it was not into a wall. Grey Dolphin, on the other hand is more serious and expands on the apocryphal history of Robert de Shurland, with motifs of an unburiable corpse, a saint’s statue come to life, and an unperturbable hero. Shurland died in 1307 and is interred in Minster Abbey on the Isle of Sheppey. 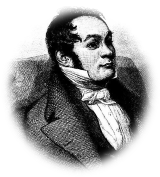 Thomas Ingoldsby Esquire of Tappington Everard in Kent was in reality a contributor to Bentley’s Miscellany and the owner of Tappington Hall in Kent. Since his death in 1845, his identity has become well known, but for his tales and verse he is best remembered as Thomas Ingoldsby.

Born in Canterbury on 6th December 1788, in his twenties he was ordained in the Church of England and initially served as curate in Ashford and then Westwell. After his marriage in 1814, he was awarded a living at Snargate, and the nearby curacy at Warehorn, in Romney Marsh. It is probably during this period that he collected most of the Kentish folk tales and contemporary stories which became The Ingoldsby Legends.

In 1821 he was appointed a minor canon at St Paul’s Cathedral, and in 1825 as Priest in Ordinary at the Chapel Royal. In 1826 he started contributing to Blackwood’s Magazine, and in 1837 the Ingoldsby Legends first appeared in Bentley’s.

Cover Illustation: A Saint, from the “Jackdaw of Rheims”, Briton Rivière, 1868