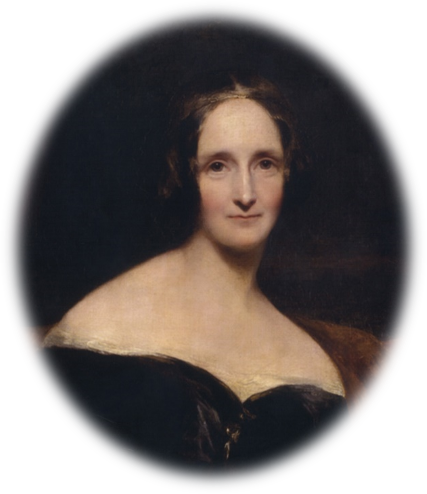 Mary Shelley (1797 – 1851) is best known for the early science fiction and horror novel “Frankenstein, a Modern Prometheus” published in 1818. “The Last Man” was her second science fiction novel, and her third novel to be published in 1826. Between the two science fiction novels she wrote “Mathilda”, a romantic novel with difficult themes for the time, first published posthumously in 1859, and the historical novel “Valperga” in 1823. In 1830 she published a second historical novel, “The History of Perkin Warbeck”. Established as a serious literary, scientific and historical scholar, between 1835 and 1839 she contributed the vast majority of entries in the ten volumes of “Lives of the Most Eminent Literary and Scientific Men” of Lardner’s “Cabinet Cyclopaedia”. Mary was the daughter of William Godwin and Mary Wollstonecraft. Like her mother she was a strong character and is, today, a feminist icon. In her writings she demonstrates the same feminist and radical characteristics of her parents, particularly in her final two novels “Lodore” (1835) and “Falkner” (1837).

“Frankenstein” was written following the, now infamous, ghost story session at Villa Diodata, near Coligny, on the shores of Lake Geneva in 1816. The main protagonists of “The Last Man” are inspired by the same group of people with the titular last man, Lionel Verney being a male surrogate for Mary Shelley. Like him she was the sole survivor of her group, Polidori having died in 1821, Shelley in 1822, and Byron in 1824. Only her step-sister Claire Clairemont outlived her.

However, none of the protagonists are simple transplants of the original inspiration into an imagined future. A romanticised Byron is mainly found in the story and character of Lord Raymond, Lord Protector of England and heroic General of the Free States of Greece. Adrian, the gentle humanist and final Lord Protector is the principal representation of Percy Shelley, but echoes of him are also found in the character of Idris, Adrian’s sister and Lionel’s wife. Similarly, some of the female aspects of Mary Shelley herself are transferred into the personality and early life of the fourth protagonist, Perdita, sister to Lionel and spouse of Raymond. Other facets of Perdita, and her relationship to Raymond, appear to be informed by Claire Clairemont, whose still modern commitment to personal freedom is mainly exhibited by the character of Evadne Zaimi. Only the often overlooked John Polidori appears to be missing, unless he is to be found in the under-appreciated scientist Dr Merrival or in the overwhelmed Ryland, Adrian’s immediate predecessor as Protector. 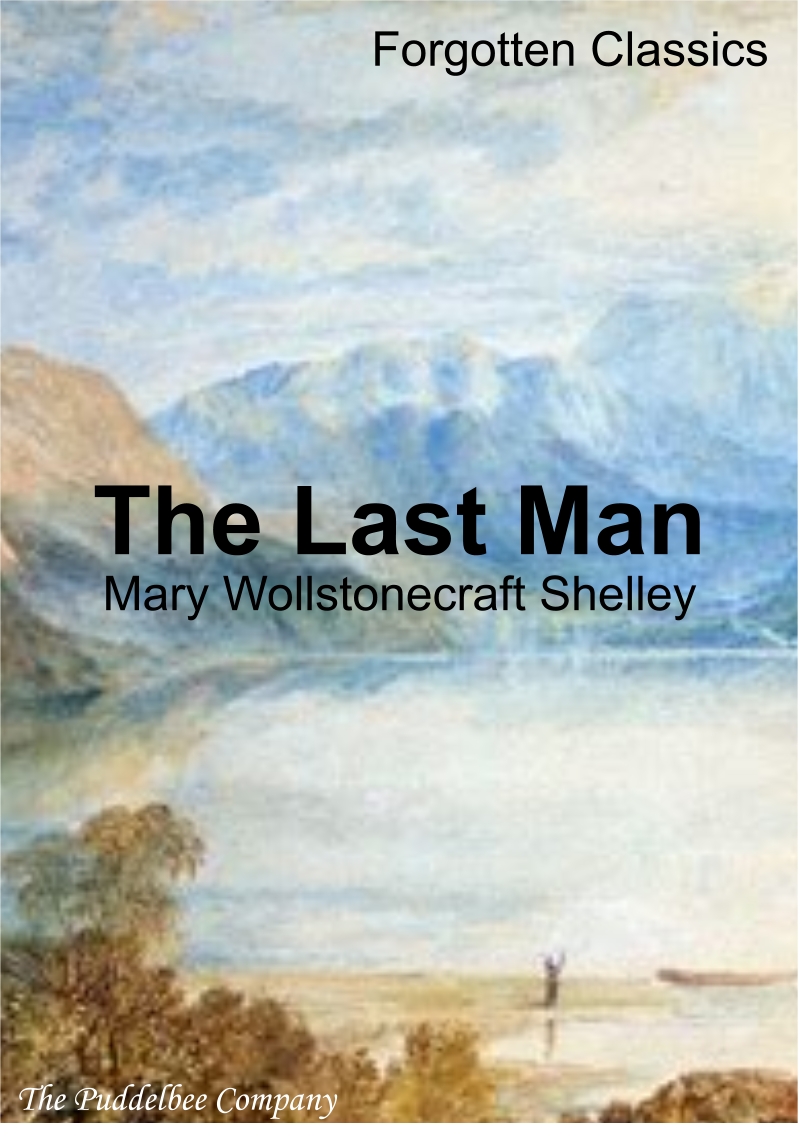 “The Last Man” is foremost a powerful character study of a single person coming to terms with disenchantment, hope, loss, and isolation as established order breaks down and the human population is slowly, inexorably exterminated. The book is highly structured in three volumes of ten chapters of roughly equal length. In the first volume, the characters and history of the main protagonists are established, as is Mary Shelley’s vision of the twenty first century, which would be familiar to her readership. It is not, however, a utopian version of early nineteenth century Europe.

If “The Last Man” is to be seen as a futurist fantasy, its society is clearly dystopian even before the advent of the plague in Volume II. Shelley describes a society which over 250 years has regressed, both politically and technologically, from her time. Even the style of speech is already outmoded compared to other works of Shelley and her contemporaries, except where it would hinder the pace of the narrative. The political system in the England of the novel closely follows that of seventeenth century England, except that an absolute monarchy was abolished without civil war. In this world, it is as if the constitutional developments in England between the Glorious Revolution to the Regency did not happen.

A true twenty first century reader might not find it surprising that a nineteen century prediction would not include telecommunications and information technology. Numerical computation would only begin a generation later with Byron’s daughter. However, the absence of electricity in any form is a surprising omission by the author of “A Modern Prometheus”. In 1826 Mary Shelley would have been familiar with the progress of industrialisation. The steam engine had been in use for over half a century and the electric motor recently demonstrated; steamships and steam railways had been in service for 25 years, and the first passenger steam railway started a year before publication; iron clad ships were in use; and gas lighting had been available in London for over a decade.

In Mary Shelley’s future all of these developments may exist, but they have been shunned. The steamboat is mentioned twice, but does not play a major role in the narrative. The only indication of a future setting is: air travel by balloons, also mentioned twice, which are unpowered sailing vessels steered by huge feathered wings or rudders. Otherwise, everything is as it was in the seventeenth century.

The second volume deals with the spread of the plague, which occurs in several waves occurring each summer, and society’s response to it. Shelley’s writing is accurate in terms of the science at the time. She correctly notes that its transmission is similar to Yellow Fever and Typhus (now known to have insect vectors) and not “contagious” like Scarlet Fever and Smallpox (aerosol and fomite transmission). She also accurately predicted that Smallpox would be “extinct”, but she may have been surprised how long it took since the introduction of vaccination by Edward Jenner in 1798.

At the time of writing, the organism responsible for the plague would not be identified for another seventy years, and its vector not until the early twentieth century. For Shelley, it was obvious that, in modern terminology, social distancing and hygiene were the only options to prevent the spread. In the words of Adrian in Chapter 6 “Plague shall not find us a ready prey; we will dispute every inch of ground; and, by methodical and inflexible laws, pile invincible barriers … cleanliness, sobriety, and even good humour and benevolence, are our best medicines."

The final volume concerns the exodus, and eventual elimination, of a small band of English survivors. Only strong, fair leadership by her true hero, the Shelley surrogate, can keep this last remnant of English society intact. Nevertheless, as in more recent post-apocalyptic fiction, even Adrian is temporarily unsuccessful, and there other dangers to be faced. Having started as romantic fiction, and passing into social commentary, the novel becomes once again a fast-paced adventure story. By the time the travellers cross the Alps, the pandemic has had its seventh and final wave and there are only four survivors. With the deaths of the three companions, which mirror the deaths of Shelley’s own child and husband, the novel finally becomes an intensely personal narrative of “Verney, the Last Man”.